I ate a dish similar to this in a restaurant called ‘Lemongrass’ in Bangkok, hence the name! This version is more saucy so it can be served with rice, plus stir fried veg for your SixFix!

Heat the oil in a large frying or sauté pan and add the onion for about 5 minutes. Meanwhile, finely chop the chilli, garlic, lemongrass & ginger with a knife or in a mini chopper. Add this mixture to the pan along with the peppers and fry for a couple of minutes until fragrant and the onion and peppers are golden.

Turn up the heat and add the mince, breaking up with a fork or spatula. Fry until browned and cooked through.

Add the stock, soy & oyster sauces and the lime leaves if using, bring to the boil and simmer for about 10 minutes. Cook the rice according the pack instructions.

About the Author: Clare

I'm Clare and by now you will have noticed that I just love to cook! So now you are reading my own recipe site where I’m sharing my favourite recipes for you. Get in touch if you have any questions and don't forget to follow me for all the latest additions to the site! 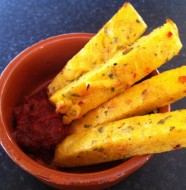 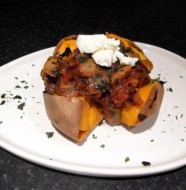 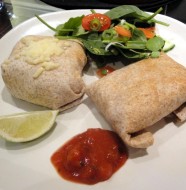